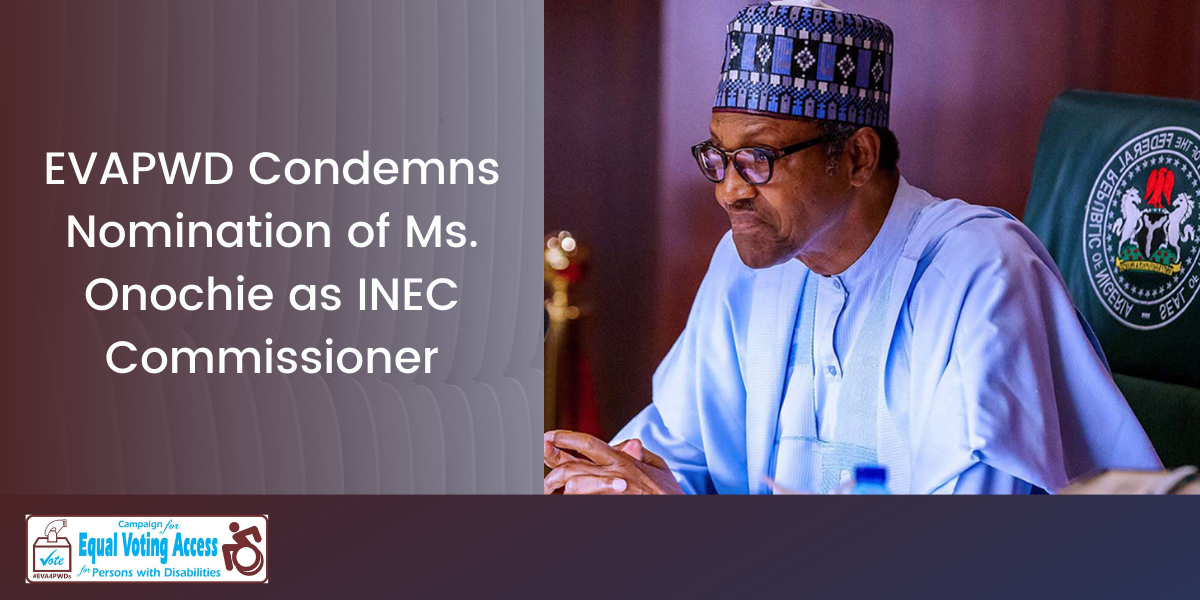 The nomination of the Senior Special Assistant to the President on Social Media Ms. Lauretta Onochie as National Commissioner of the Independent National Electoral Commission, INEC, representing the South-South has begun to generate conversations. This time, it’s the Campaign for Equal Voting Access for persons with disabilities, EVAPWD, that’s joining its voice to the conversations.

EVAPED is worried over the nomination of a foot soldier and senior sympathizer of the ruling All Progressives Congress, APC, as INEC National Commissioner, South-South. President Muhammadu Buhari had asked the Senate to confirm the appointment of Ms. Onochie, and two others as National Commissioners of INEC representing Delta State.

The group made this known, in a statement signed by its Chairman, David Anyaele, and made available to Nigeriacheck.com on Tuesday, in Lagos.
It believes the honesty and integrity of Ms. Onochie, to serve as an INEC official is questionable, as she has been very partisan in the last 5 years.

EVAPWD says item F, paragraph 14 of the third schedule of the 1999 Constitution of Nigeria (as amended) prohibits a person with questionable integrity from serving as a member of INEC. It calls on the Senate to reject Ms. Onochie’s nomination, to avoid contamination of the successes already recorded by INEC so far.

The group believes her rejection by the Senate will also protect the election management body from political party influences.

Signing the Nigeria Electoral Bill: A Victory for Inclusion