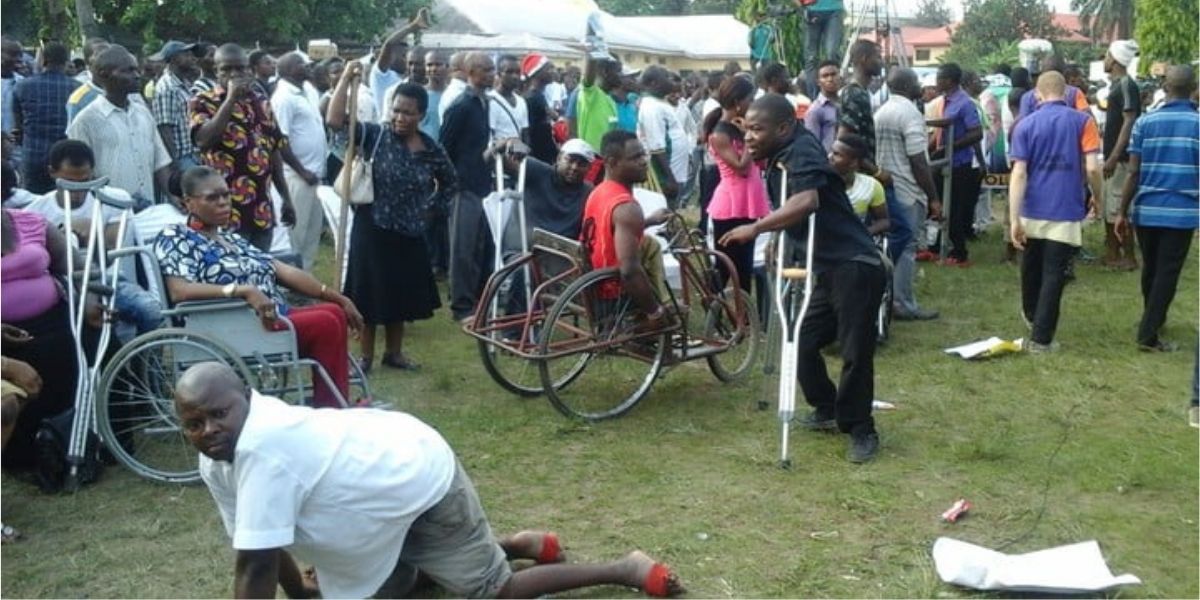 Mr. David Anyaele, the Chairman of the Campaign, said this on Saturday in its preliminary statement on the conduct of the election.

Anyaele however, said that although priority voting was given to PWDs, the elderly and pregnant women, other disability support aids were missing at polling units which hindered full participation of the PWDs.

“EVA4PWDs is impressed to observe that marginalised sects such as the aged, nursing mothers, pregnant women, and PWDs generally were offered priority voting in most of the polling units observed.

“However, we are disappointed that INEC displayed a minimal commitment to the implementation of the framework on access and participation of PWDs in the electoral process, as provided in the National Disability Act, 2018.

“Where it was available, many INEC Ad-hoc staffs did not understand its usage but got assistance from observers on how to use the Braille materials.

“This was the case in Polling Unit 003, Car Park Ward 1, Oredo LGA, where an observer assisted in locating the Braille material.

“There was an absence of magnifying lens at the Polling Units, INEC Ad-hoc staffs who claimed to have at some polling units were unable to neither display it for observation and usage,” he said.

An observer said that other observers reported that the Information, Education, and Communication (IEC) materials such as Election Day instructions and guidelines to assist the deaf or persons with hearing impairment were also unavailable at the majority of the PU’s visited.

Anyaele also said that reports showed that large numbers of the PUs were not accessible to physically-challenged persons as they were sited at buildings without ramps and handrails, across gutters, and over staircases.

He noted that INEC Covid-19 guidelines were not adhered to in the majority of the Polling Units visited due to uncontrolled large crowds.

“We have reports from areas like Greater Tomorrow High School, Oredo Ward 1, Ramat Park at Ikpoba/Okha, Oredo LGA, among other Polling Units, where the crowds were uncontrollably large,” he said.

Anyaele, however, urged INEC to address the major barriers identified in the Edo elections and make necessary provisions ahead of the Ondo State Governorship election slated for Oct. 10.

The News Agency of Nigeria reports that the Centre for Citizens with Disabilities (CCD), an NGO, trained and deployed INEC accredited observers to the three senatorial zones of the Edo State.

The observers focused on equal voting access for persons with disabilities and monitored the provisions made by INEC for PWDs.